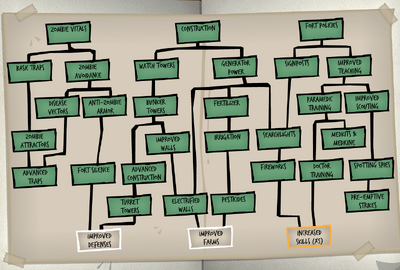 The technology in Rebuild: Gangs of Deadsville at the early beta stage is still a work in progress, but already much more complex than the previous games. Rather than the three-path linear research, there are branches and instances where some require multiple prerequisites and a few are repeatable, making the labs and the engineers far more useful than the previous games.

Tier 7 techs seem to have no upper limit of levels, tested to 200+.